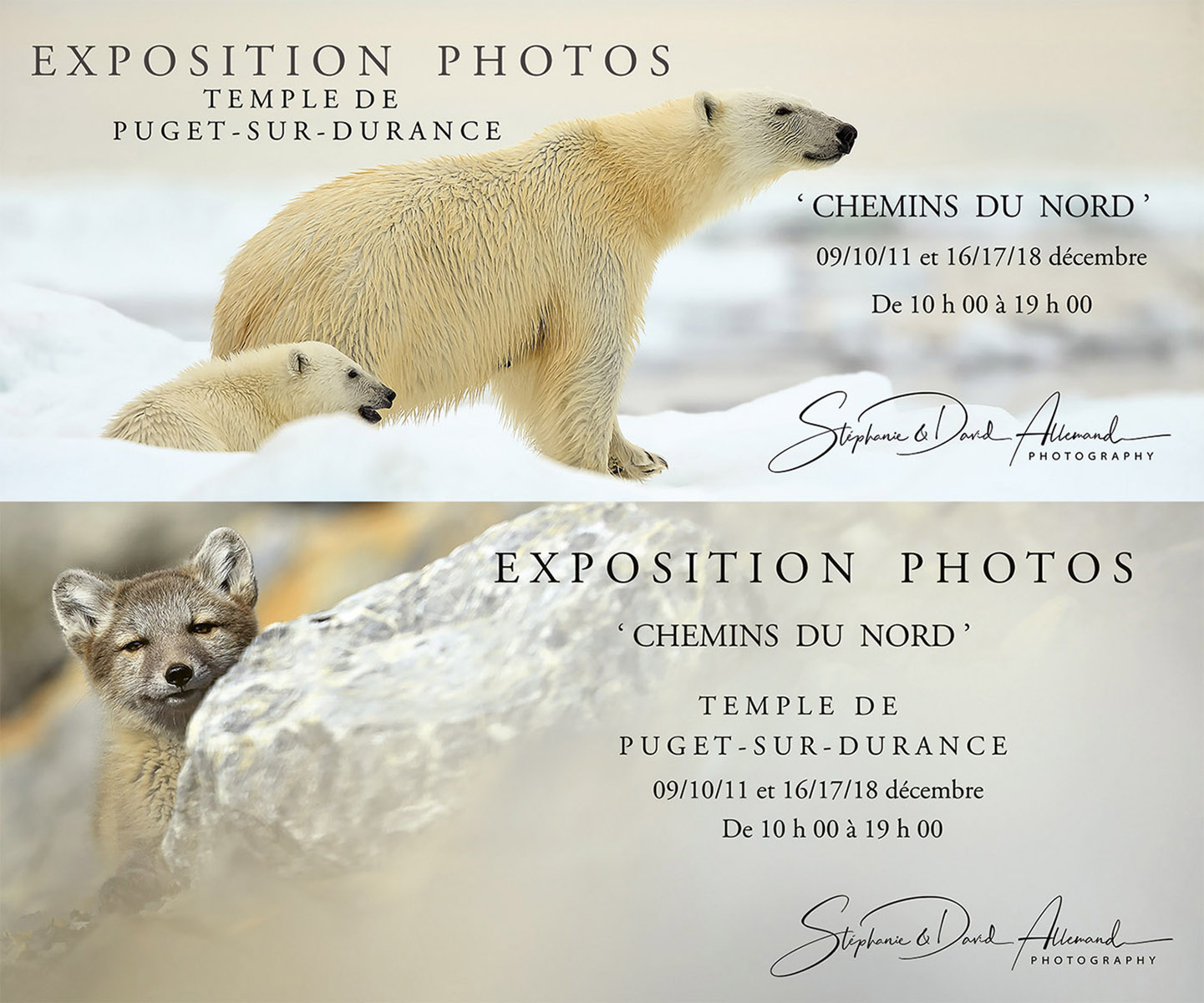 In 2013, they published the book “Verdon, other faces”, the fruit of many years of exploration in this territory.
In 2017, a project of more than ten years reveals in a beautiful book “Owls” their encounters with the thirteen species of owls of Europe.

They remain particularly sensitive to the soft and magical lights of northern countries.
A true ode to these horizons and to the living, their latest work, “Northern paths”, is a collection of velvety visions, an invitation to suspend time.

Stéphanie and David have walked these wide open spaces for several years, passing through Icelandic and Greenlandic lands, discovering at each turn a plural and contrasting boreal universe, where the taiga gives way to tundra, and volcanoes to ice.
Here, a mysterious Great Gray Owl can be seen behind each tree; further on, a Brown Bear advances in misty atmospheres; elsewhere, an arctic fox descends the original lands while a puffin looms on the horizon; there, walruses languish on the arctic beaches and the Polar Bear imposes itself as Lord of the ice…

“May our most beautiful encounters be the humble testimonies of the fragile beauty of a shared land, and our fanciful visions stimulate the desire to protect it. »

Opening of the photos exhibition “Northern paths” on Sunday December 11 at 11:30 a.m. at the Temple of Puget-sur-Durance

Come and meet them at the Temple of Puget-sur-Durance